When thinking of Stoke-on-Trent, UK, a grindcore band with a Russian name is the last thing that will come to mind. But trust me, they are there. I was able to catch up with them via e-mail over the last week and after a three year hiatus, Krupskaya are looking to pick up where they left off: Playing fast, writing interesting songs, touring, and Ed laughing at Alex… 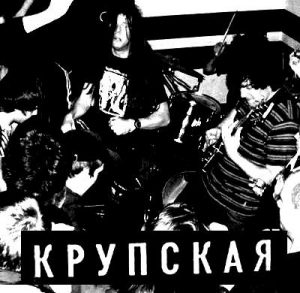