Questions by Jim Walkley of Don’t Be Swindle 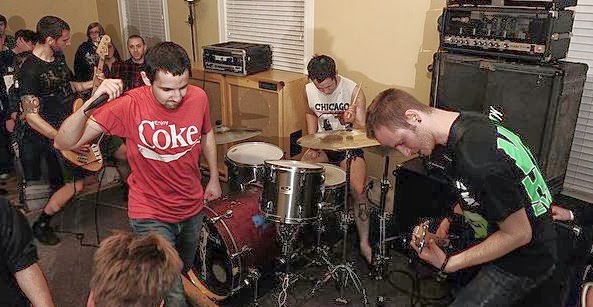 Weekend Nachos recently released Still, their fourth full-length LP as a band.  It’s somewhat rare for a “powerviolence” band — if you could limit the Weekend Nachos sound to just that — to release full-length LPs; a band such as Sidetracked, for example, is mainly an EP and split-EP band, and genre titans Lack Of Interest (with whom Weekend Nachos shared a soon-to-be-classic split) have released only two stand-alone LPs in their storied existence.
Despite being a “love them/hate them” band for some in the hardcore scene, Weekend Nachos are back — and with a wrecking ball of a new LP.  Still is slightly more metallic in places, displaying their continued integration of razor-sharp powerviolence speed with a surfeit of crushing breakdowns (causing everyone to go nuts live).  Haters beware — even if you dislike the Weekend Nachos aesthetic, you can’t really argue with the music.  Repeated listens yield repeat results!
I conducted this interview with John Hoffman by email … at the gates of winter, which is a bitter season for Chicagoland dwellers, and produced the “I Live In Frozen Hell” t-shirt that’s been a favorite on the Weekend Nachos merch stand.

1).  Congratulations on Still, John.  Weirdly, the first time that I heard it, I gathered the impression that it might alienate some fans.  It’s musically heavier (perhaps more metal-leaning), but doesn’t seem at first to be as raw, punky, or loud as previous recordings.  On subsequent listens, however, Still starts sounding more natural in the Weekend Nachos discography.  And, not to mention, the band has always alienated music listeners in a kind of love them/hate them dichotomy.  Let me ask you directly: Are you happy with the way that your new LP turned out, both songwriting-wise as well as recording-wise?
We’re deliriously happy with the way that “STILL” turned out! I hope this doesn’t come across as cocky or snide, but honestly we would never release an album unless we were happy with it — we have actually scrapped recordings before because we didn’t think they met our own standards. It’s always uncertain whether the public is going to be as happy with our new albums as we are … but that’s because you can’t predict how people are going to react to anything. But once it’s good enough for us, that’s when we know it’s ready for release. We also record our own music in Andy’s studio so we always have control over how that turns out, too. 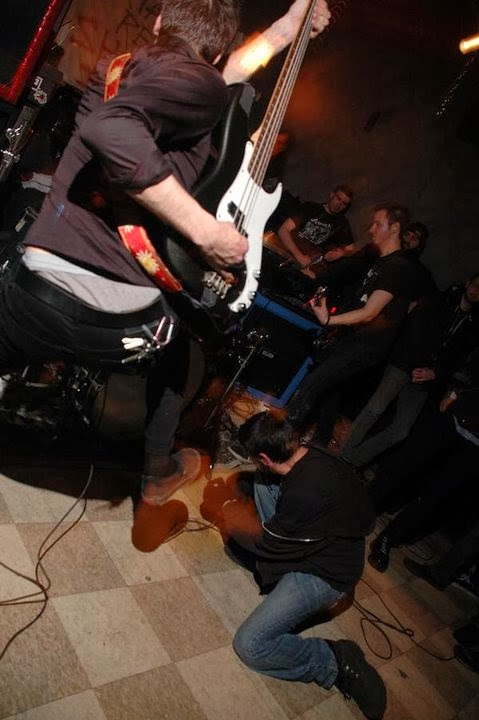 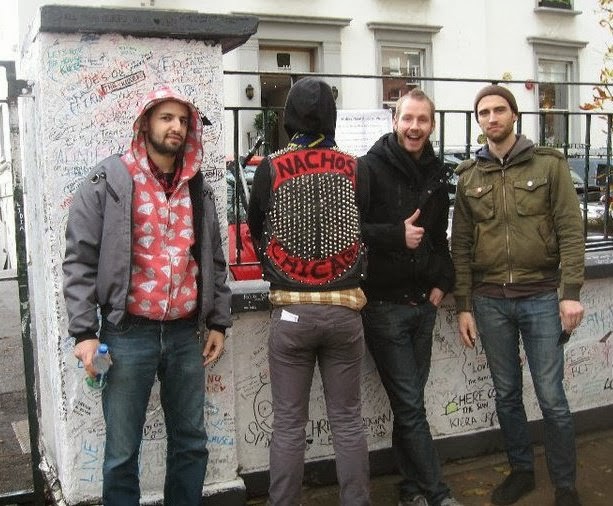 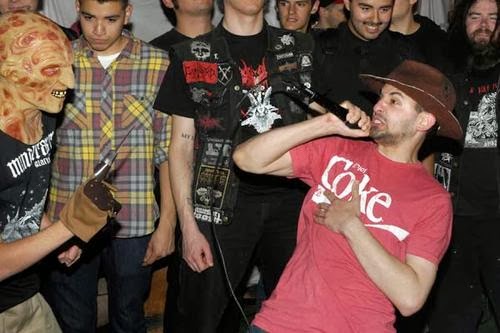 I am definitely the Freddy Krueger fan of the band, the other guys just kinda accept and go along with it. We all celebrate Christmas … there is no reason not to. Gingerbread cookies are amazing. Family is great if you have a good one. Presents are nice, personally I like giving them more than I like receiving them. People also feel the desire to cook around the holiday season so I enjoy that as well, give me a warm home cooked meal and I’ll stay a while, you know? I definitely prefer Freddy over Jason or Michael Myers. But they are all pretty legit spooks.
9).  In closing, please talk about upcoming plans for 2014, whether that relates to any of your bands or various other projects (such as your record label).  For instance, any exciting releases planned for Bad Teeth in 2014 that you’d care to disclose?  As for Weekend Nachos, will the band be playing any big Fests next summer, or at some other time in the upcoming year?  I’d also like to thank you for the interview, John … the Still LP is excellent and has been dominating my listening time for days on end!  Thanks man!
No, dude … thank YOU. It means a lot. Anyways, 2014 is going to be a chilled-out year for all of my projects; however, I do have some cool things planned.  At the very beginning of the year, BTR will release a 7” by DRAIZE, an unbelievable Boston hardcore band that everybody should definitely check out, they’ve been around for years but are releasing their first new material in a long time in January.  Other than that, BTR will be laying low due to some other financial shit I have going on, but depending on when they’re ready, I may be doing a 7” single for FULL OF HELL … one of the greatest current bands right now, so that should be sweetness. As for Weekend Nachos and Spine, well WN will probably chill out until summertime when we return to the UK/Europe for our fourth tour overseas … obviously we are pumped for that. SPINE is working on our first full-length as we speak and we will hopefully record/release that in early 2014 on Youth Attack Records.  Keep an eye out and once again, thank you for the interview!
Weekend Nachos